Therefore, one wonders why the troika imposed measures that make house buying more expensive at this stage of the cycle where numerous families are being forced to sell their homes either to avoid foreclosure or due to foreclosure on their mortgages."

Posted by Rui Fonseca at 1:51 AM No comments:

“Events in Greece have brought the euro area to a crossroads: the future character of European monetary union will be determined by the way in which this situation is handled.” Jens Weidmann, Bundesbank president and European Central Bank governing council member, Hamburg, May 20.


When Austerity Fails
By PAUL KRUGMAN
I often complain, with reason, about the state of economic discussion in the United States. And the irresponsibility of certain politicians — like those Republicans claiming that defaulting on U.S. debt would be no big deal — is scary.
But at least in America members of the pain caucus, those who claim that raising interest rates and slashing government spending in the face of mass unemployment will somehow make things better instead of worse, get some pushback from the Federal Reserve and the Obama administration.
In Europe, by contrast, the pain caucus has been in control for more than a year, insisting that sound money and balanced budgets are the answer to all problems. Underlying this insistence have been economic fantasies, in particular belief in the confidence fairy — that is, belief that slashing spending will actually create jobs, because fiscal austerity will improve private-sector confidence.
Unfortunately, the confidence fairy keeps refusing to make an appearance. And a dispute over how to handle inconvenient reality threatens to make Europe the flashpoint of a new financial crisis.
After the creation of the euro in 1999, European nations that had previously been considered risky, and that therefore faced limits on the amount they could borrow, began experiencing huge inflows of capital. After all, investors apparently thought, Greece/Portugal/Ireland/Spain were members of a European monetary union, so what could go wrong?
The answer to that question is now, of course, painfully apparent. Greece’s government, finding itself able to borrow at rates only slightly higher than those facing Germany, took on far too much debt. The governments of Ireland and Spain didn’t (Portugal is somewhere in between) — but their banks did, and when the bubble burst, taxpayers found themselves on the hook for bank debts. The problem was made worse by the fact that the 1999-2007 boom left prices and costs in the debtor nations far out of line with those of their neighbors.
What to do? European leaders offered emergency loans to nations in crisis, but only in exchange for promises to impose savage austerity programs, mainly consisting of huge spending cuts. Objections that these programs would be self-defeating — not only would they impose large direct pain, but they also would, by worsening the economic slump, reduce revenues — were waved away. Austerity would actually be expansionary, it was claimed, because it would improve confidence.
Nobody bought into the doctrine of expansionary austerity more thoroughly than Jean-Claude Trichet, the president of the European Central Bank, or E.C.B. Under his leadership the bank began preaching austerity as a universal economic elixir that should be imposed immediately everywhere, including in countries like Britain and the United States that still have high unemployment and aren’t facing any pressure from the financial markets.
But as I said, the confidence fairy hasn’t shown up. Europe’s troubled debtor nations are, as we should have expected, suffering further economic decline thanks to those austerity programs, and confidence is plunging instead of rising. It’s now clear that Greece, Ireland and Portugal can’t and won’t repay their debts in full, although Spain might manage to tough it out.
Realistically, then, Europe needs to prepare for some kind of debt reduction, involving a combination of aid from stronger economies and “haircuts” imposed on private creditors, who will have to accept less than full repayment. Realism, however, appears to be in short supply.
On one side, Germany is taking a hard line against anything resembling aid to its troubled neighbors, even though one important motivation for the current rescue program was an attempt to shield German banks from losses.
On the other side, the E.C.B. is acting as if it is determined to provoke a financial crisis. It has started to raise interest rates despite the terrible state of many European economies. And E.C.B. officials have been warning against any form of debt relief — in fact, last week one member of the governing council suggested that even a mild restructuring of Greek bonds would cause the E.C.B. to stop accepting those bonds as collateral for loans to Greek banks. This amounted to a declaration that if Greece seeks debt relief, the E.C.B. will pull the plug on the Greek banking system, which is crucially dependent on those loans.
If Greek banks collapse, that might well force Greece out of the euro area — and it’s all too easy to see how it could start financial dominoes falling across much of Europe. So what is the E.C.B. thinking?
My guess is that it’s just not willing to face up to the failure of its fantasies. And if this sounds incredibly foolish, well, who ever said that wisdom rules the world?
Posted by Rui Fonseca at 8:12 AM No comments:

Veja o quê aqui.
Posted by Rui Fonseca at 2:39 AM No comments: 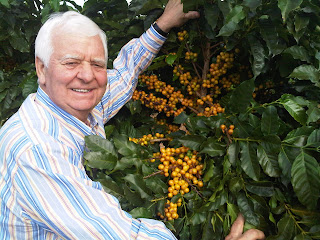 Don’t close the lid on bank fraud
By John Gapper
The news this week that Eric Schneiderman, the New York attorney-general has launched yet another inquiry into Wall Street’s role in the mortgage crisis will no doubt be greeted with groans at investment banks. Four years – and multiple investigations – after the meltdown started at two Bear Stearns hedge funds, isn’t it time to move on?
I think not, for there is still work to be done. With the exceptions of Bernard Madoff and Raj Rajaratnam, no senior Wall Street executive has faced criminal charges, although some in the industry – whether at the top or in the middle – probably broke the law. Such criminality may be hard to pin down after all this time, but it is worth the effort.
more
Posted by Rui Fonseca at 1:55 AM No comments: 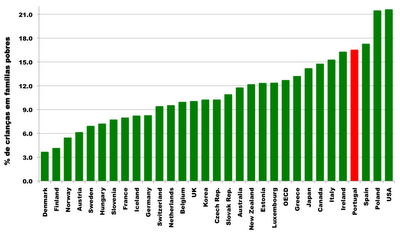 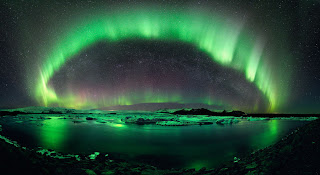 A STARRY NIGHT OF ICELAND
Posted by Rui Fonseca at 9:19 AM No comments:

Estou a fazer mal as contas?

clicar para aumentar
The state's take
Reduced earnings across the OECD are compounded by the creep of taxation
DEATH and taxes, it is said, are the only two certainties in life. One half of that thesis is proved at least by a new report released on May 11th by the OECD. The report splits out the tax burden on employment which is paid by employers (in the form of social-security payments) and employees (as income tax and more social security). France and Germany have some of the most costly tax regimes—with people who earn the average wage taking home just over 50% of their total labour cost. The effect of fiscal austerity, particularly across Europe, has meant that the tax burden rose in 22 out of the 34 countries in the OECD from 2009 to 2010. Meanwhile real incomes for average-wages earners fell in 15 OECD countries. As the second chart shows, these reduced earnings caused by the world recession and subsequent inflation tend to have a much larger impact on incomes.
aqui
Posted by Rui Fonseca at 6:31 AM No comments: