President Trump has a knack for getting Republicans to reverse their stances on important policy issues. Free trade is probably the best-known example. For decades, the GOP touted the benefits for American living standards of low tariffs on foreign goods — and often slammed Democrats as economically naive protectionists. In 2015, 56 percent of Republicans and Republican-leaning independents said trade was good for the United States, according to the Pew Research Center. Then Trump came along and bashed international deals with Mexico and China; by October 2016, that figure had dropped to 29 percent.
Republican approval of trade has rebounded somewhat, but this Trump effect is evident across multiple issues. In 2015, 12 percent of Republicans held positive views of Russian President Vladimir Putin, whom Trump has always praised lavishly. By 2017, according to Gallup, the number had climbed to 32 percent. Hawkishness toward Russia — the heart of the onetime “evil empire” that GOP hero Ronald Reagan set himself so stoutly against — faded over the same period. In July 2018, 40 percent of Republicans said Russia was an American ally, nearly double the figure from 2014. Republicans were opposed to withdrawing troops from Syria until Trump announced he would do just that, and then their views shifted. Even on nonpolitical issues, like the National Football League, the president can change minds: About 70 percent of his voters liked the NFL — until Trump attacked players who knelt during the national anthem and approval dropped by more than half.
These trends can seem disconcerting, because they appear to reverse the idealized direction of influence in a democracy, where the views of citizens are supposed to guide their politicians. Leadership surely involves the art of persuasion, but should it really drive such mercurial shifts on core issues?
Political science research shows that this “follow the leader” dynamic is hardly limited to Trump. It occurs throughout history, on both sides of the aisle and in other countries. It happens even when party elites try to stop it. In general, the people who run our political parties — particularly the most prominent and charismatic figures — have the ability to reshape what voters in those parties think. After hearing President Trump praise President Vladimir Putin, Republicans reported significantly more positive views of the Russian leader, surveys found. (Susan Walsh/AP)
“Leader persuasion” is a well-documented phenomenon in political science. Before the 2000 election, for instance, more than two-thirds of Americans broadly supported giving workers the option to invest Social Security funds in the stock market. Then GOP nominee George W. Bush promoted the idea and Democrat Al Gore opposed it, and the issue became central to the election. Suddenly, as University of California at Berkeley political scientist Gabriel Lenz demonstrated in his 2012 book, “Follow the Leader?,” Gore voters soured on the policy. Between August and late October 2000, ardent Gore supporters became about 60 percentage points more likely to oppose the idea than strong Bush supporters were, according to an analysis of the National Annenberg Election Survey.
The inclination to defer to the party’s leader occurs on both the left and the right. A 2018 survey experiment, conducted by political scientists Michael Barber and Jeremy Pope of Brigham Young University, asked Americans about an asylum policy that placed families and children arrested by the Border Patrol in a detention facility before a hearing. Trump had just introduced such a policy, but it mirrored an earlier Obama practice. Democrats already somewhat backed the idea — they gave it 3.34 average support on a 1 to 5 scale — but when told that the Obama administration had favored it, too, their views became significantly more positive (moving 0.42 points on that scale). My own research found something similar: In a hypothetical scenario, Democrats moved emphatically toward supporting a major free-trade bill — previously backed by Republicans — after they were told that Barack Obama endorsed it.
Leader-following patterns appear at lower levels of government, too. In 2013 and 2014, political scientists David Broockman, of Berkeley, and Daniel Butler, of the University of California at San Diego, had eight sitting state legislators from an anonymous Midwestern state send official communications about policies they favored (on topics such as raising the minimum wage and allowing undocumented immigrants to obtain driver’s licenses). Based on an earlier survey, the researchers knew that these messages would go to constituents who disagreed with them. Recipients of the messages did not necessarily belong to the same party as their representative. When the legislators simply stated their positions — without offering much justification — voters who received a letter were about seven percentage points more likely to agree than those who didn’t get a letter. The constituents’ overall approval ratings of the lawmakers remained unchanged.
Abroad, we see leader persuasion at work, too. In Britain, in 1997, the Conservative Party campaigned hard against further European integration, awakening a dormant issue. Conservative voters, Berkeley’s Lenz notes, subsequently grew more opposed to integration, while Labour Party members — who had previously been only a bit less skeptical than the Tories on this question — increased their support (presaging the Brexit divide two decades later).
I wanted to know whether leaders’ ability to get fellow partisans in line had limits, so I studied two factors that might curb their sway: opposition from other elites in the same party (think members of Congress) and substantial policy details that make clearer to partisans what, exactly, they’re opining on. The hypothesis was that partisans may rely on leaders less when they’re properly informed. In early 2018, I told about 2,500 Republicans and Democrats that their party leaders had taken positions that departed from the party consensus. Supposedly, Trump wanted a major infrastructure bill previously sponsored by Democrats, and Obama wanted a big free-trade bill that had received Republican backing.
I told a random portion of these people that their party’s congressional leaders had opposed Trump’s and Obama’s positions on these questions, and I gave others more information about the policies. To Republicans, I stressed the extraordinary price tag of the infrastructure bill and the federal government’s large role in directing the program. To Democrats, I stressed the pro-business aspects of free trade and the bill’s deregulatory provisions. But it turned out that neither the institutional check from other elites nor the additional information did much to dampen leader influence. Both Democrats and Republicans followed Trump and Obama largely to the same extent with and without these possible constraints in the picture. On Oct. 25, 2019, pickup trucks wait to be loaded onto a cargo plane as part of the withdrawal of coalition forces from northern Syria. Most Republicans opposed pulling troops from Syria, polls found, until President Trump announced plans to do so. (Staff Sgt. Joshua Hammock/U.S. Army Reserve/AP)

That was a carefully controlled experiment, but we see this happening in the real world, too. When Trump moved to withdraw troops from Syria in December 2018, and rank-and-file Republicans shifted their views to match his rhetoric, congressional Republicans, spent months objecting — and the Senate rebuked the president’s plan with a 68-to-23 vote. This hardly dented his influence. Republican public opinion on Syria troop withdrawal — a majority now supporting it — was nearly identical before and after GOP elites pushed back hard.
Maybe a leader’s sway depends on the prominence of an issue? Perhaps leaders can persuade voters on questions that aren’t in the limelight but then fail to influence them on high-profile issues (when many other signals and information might shape opinions)? Some scholarship suggests that’s the case, but the picture isn’t clear. For example, new evidence from Denmark indicates that when leaders from the two parties that formed the country’s center-right coalition government reversed their stances on much-discussed welfare issues in 2010-11 — abruptly cutting unemployment insurance and early retirement programs — ordinary party members shifted their opinions on those issues by a substantial 15 percentage points, in the direction of the parties’ new position.
Issues involving race may be among those where leader influence is weaker than usual — although here, too, evidence is mixed. Republicans warmed up toward the Black Lives Matter movement this year, despite the president’s vocal opposition. But from early to mid-2016, as Trump slammed the earlier incarnation of BLM, one study found that White Trump supporters began expressing more hostile racial views. And in a 2016 survey experiment, exposure to Trump’s prejudiced comments — such as when he called some Mexican immigrants “rapists” — led his voters to voice more offensive opinions about minorities.
The scholarship on leader-following has focused on policy stances. But the influence extends to misinformation, too, with public opinion around voting by mail providing a vivid recent illustration. Trump’s frequent (and unfounded) claim that the system is riddled by fraud appears to have turned Republicans off of the voting method and created a much larger partisan gap. One study estimates that between early April and late May — as Trump launched several Twitter attacks on the voting method — Republicans became 10 percentage points less supportive of expanding voting by mail.
Nowhere are the consequences of voters’ deference more clear than in the coronavirus pandemic. For months, Trump has downplayed the severity of the contagion, condemned shutdowns that public health experts endorsed, ridiculed mask wearers, and pushed to reopen businesses and schools. Unsurprisingly, the resulting partisan divides on recommended behaviors have undermined our collective response to the crisis. In late April and early May, for example, the rate of mask-wearing among Republicans lagged that of Democrats by more than 20 percentage points, according to one survey.
It’s hard to not wonder how different the country’s trajectory might have been had Trump aggressively endorsed masks and social distancing from the start. Yet the follow-the-leader dynamic works both ways: In surveys conducted before and after Trump tweeted a picture of himself wearing a mask and called it patriotic, Republicans became five percentage points more likely to wear a face covering (halving the partisan gap in that data set). In other words, getting out of the current pandemic mess might mean counting on the same mechanism that exacerbated it.
Some observers have suggested that Trump has “hijacked” his party — and in attempting to explain why Republicans would follow him, they have focused on his distinctive (and unarguable) opportunism and disregard for norms. But the lesson of this vein of research is that all political parties are vulnerable to dramatic shifts and “takeovers” by prominent leaders (perhaps especially in presidential systems, which grant the chief executive inordinate prominence). Long after Trump is gone, American politicians who win top positions will be tugging the views of their partisans much closer to their own, adding yet more instability to an already hostile and polarized system.

Alexander Agadjanian @A_agadjanian is a political science PhD Student at the University of California, Berkeley, and recently was a research associate at the MIT Election Lab.
Posted by Rui Fonseca at 2:10 PM No comments: 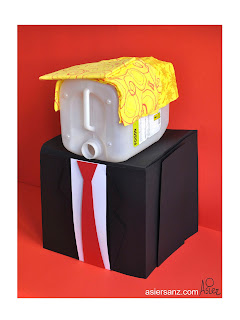 
How Biden can still loose? 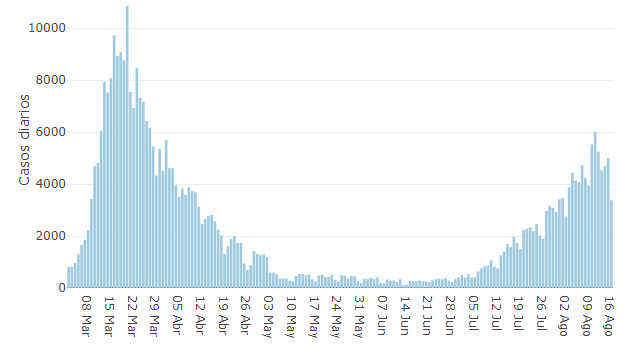 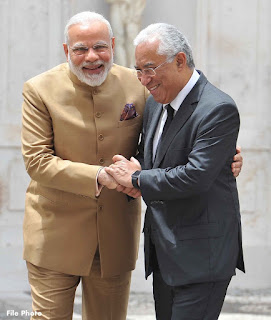 Posted by Rui Fonseca at 4:43 AM No comments: 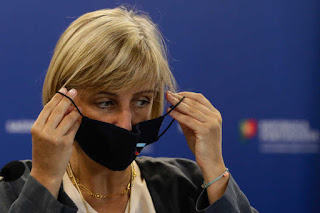 Posted by Rui Fonseca at 6:27 AM No comments:

Posted by Rui Fonseca at 3:44 AM No comments: