AFTER THE great destruction of the second world war, there was a singular purpose behind the creation of what is now the European Union: lasting peace. The EU must renew its commitment to this mission in light of Russia’s invasion of Ukraine. And enlargement is the most effective instrument that it can use to foster peace and bring stability to fragile eastern Europe.

Article 49 of the founding treaty of the EU establishes that any European state which respects human dignity, freedom, democracy, equality, the rule of law and human rights, and which is committed to promoting them, may apply to become a member of the union. Moldova is committed to these values. We have demonstrated it the hard way. 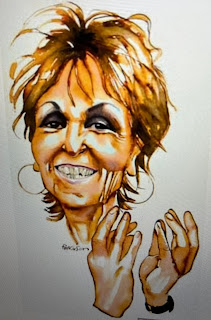 This bell does NOT work,” reads a note stuck on the door to Paula Rego’s studio in a street of mews conversions and small warehouses in Camden, north London. I knock half a dozen times before a face appears, her wide blue eyes, crooked teeth and furrowed features framed by spiky auburn hair and gold hoop earrings. Rego beckons me into a huge, light interior, a former stretcher factory. The door snaps shut and a bucket suspended by a rope from the glass roof swings before me. Hanging over the edge of the bucket, about to be tossed out to their deaths, are two lifelike and compelling plastic baby dolls.

She looks suddenly both weary and urgent. I remember that she has thrived by being left alone. She bids me goodbye charmingly but, as I slip out into the din of Camden, I sense her relief at having her studio-playroom to herself again. Casa das Histórias Paula Rego, Cascais, Portugal, opens on September 18;

Posted by Rui Fonseca at 5:38 AM No comments: