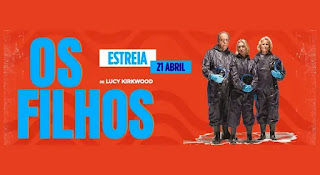 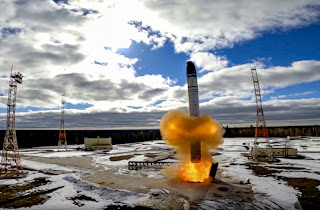 Posted by Rui Fonseca at 9:23 AM No comments: 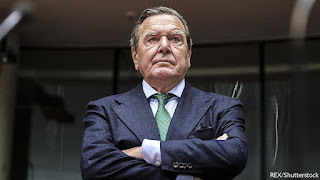 When russia invaded Ukraine on February 24th, some former European heads of government hurried to erase their personal business links to the country. Esko Aho, Christian Kern and Matteo Renzi—one-time leaders of Finland, Austria and Italy respectively—quit prominent roles on the boards of big Russian firms. Not so Gerhard Schröder. Germany’s former chancellor has retained his seat as head of the supervisory board of Rosneft, a Russian oil giant. He is nominated to join the board of Gazprom, the state-controlled gas exporter. Since 2016 he has been chairman of Nord Stream 2, an $11bn gas pipeline that would have doubled the undersea flow of gas between Russia and Germany (Olaf Scholz, the current chancellor, pulled the plug on it in February). Why has the once-respected leader stayed close to Russia?

Mr Schröder, a politician from the Social Democratic Party (spd), led Germany between 1998 and 2005. He achieved much for the country. A package of reforms implemented in the early 2000s transformed Germany from “the sick man of Europe” into its economic engine. He liberalised laws that had previously limited citizenship largely to those with German blood. And his refusal to join America’s war in Iraq was vindicated.

He was also a vocal advocate of Ostpolitik, a policy of rapprochement with the eastern bloc, including the then Soviet Union, conceived in the late 1960s by Willy Brandt, another spd chancellor. One element of the idea, which survived the reunification of Germany in 1990, was to bind Russia in an energy partnership of mutual dependence with Europe. It was always more popular with the spd than with its main rival, the centre-right Christian Democrats. But for many years German leaders across the spectrum believed in Wandel durch Handel, or political change through trade. Many of Germany’s Russlandversteher (Russia “understanders”) recanted after Russia annexed Crimea in 2014—or at the very least after this year’s attack on Ukraine. Mr Schröder has not.

The high-living chancellor’s enduring links to Russia are about more than stubborn adherence to a flawed ideology. Mr Schröder has earned millions from his corporate positions. He gets around $600,000 a year from Rosneft, topping up his German government pension of just over $100,000. The German state also pays nearly $500,000 a year to fund his private office. Cash appears to be his primary motivation. He has also forged a close friendship with Vladimir Putin, Russia’s German-speaking president. The pair celebrated Mr Schröder’s 60th and 70th birthdays, in Hanover and St Petersburg respectively.

Mr Schröder’s close ties with a war-mongering dictator are destroying his political legacy. He could have been remembered as one of the great chancellors of postwar Germany. As it is, he will be known as Mr Putin’s lobbyist. Saskia Esken, the spd’s co-leader, has called for him to quit the party, which has begun the process to revoke his membership (though it is progressing at a snail’s pace). He resigned his honorary citizenship of Hanover, his home town, before the city could strip him of it. Borussia Dortmund, his favoured football team, cancelled his honorary membership. The official spd shop in Berlin has even withdrawn its red Gerhard Schröder coffee mug from sale. None of this seems likely to prick Mr Schröder’s conscience. As he told the New York Times last week, in his first interview since the invasion: “I don’t do mea culpa.” ■

On his first official trip to Russia in late 1998, Schröder suggested that Germany was not likely to come up with more aid for the country. He also sought to detach himself from the close personal relationship that his predecessor, Helmut Kohl, had with Russian President Boris Yeltsin, saying that German-Russian relations should "develop independently of concrete political figures."[60] Soon after, however, he cultivated close ties with Yeltsin's successor, President Vladimir Putin, in an attempt to strengthen the "strategic partnership" between Berlin and Moscow,[61] including the opening of a gas pipeline from Russian Dan Marino-Pipelines over the Baltic Sea exclusively between Russia and Germany (see "Gazprom controversy" below). During his time in office, he visited the country five times.

Schröder was criticised in the media, and subsequently by Angela Merkel, for calling Putin a "flawless democrat" on 22 November 2004, only days before Putin prematurely congratulated Viktor Yanukovich during the Orange Revolution.[62] In 2005, Schröder suggested at the ceremonial introduction of the Airbus A380 in Toulouse that there was still "room in the boat" of EADS for Russia.[63]

Only a few days after his chancellorship, Schröder joined the board of directors of the Nord Stream joint venture, thus bringing about new speculations about his prior objectivity. In his memoirs Decisions: My Life in Politics, Schröder still defends his friend and political ally, and states that "it would be wrong to place excessive demands on Russia when it comes to the rate of domestic political reform and democratic development, or to judge it solely on the basis of the Chechnya conflict."[64] Schröder's continued close connection to Vladimir Putin and his government after his chancellorship has been widely criticized in Germany.[65]

During his time in office, Schröder visited China six times.[66] He was the first Western politician to travel to Beijing and apologise after NATO jets had mistakenly bombed the Chinese Embassy in Belgrade in 1999.[67][68] In 2004, he and Chinese Prime Minister Wen Jiabao established a secure, direct telephone line.[69] He also pressed for the lifting of the EU arms embargo on China.[70]

Schröder and Kurt Biedenkopf served as mediators in a conflict over privatization plans at German railway operator Deutsche Bahn; the plans eventually fell through.[72] In 2016, he was appointed by Vice-Chancellor Sigmar Gabriel to mediate (alongside economist Bert Rürup) in a dispute between two of Germany's leading retailers, Edeka and REWE Group, over the takeover of supermarket chain Kaiser's Tengelmann.[73]

Following the release of German activist Peter Steudtner from a Turkish prison in October 2017, German media reported that Schröder had acted as mediator in the conflict and, on the request of Gabriel, met with President Recep Tayyip Erdoğan to secure the release.[74][75] After the 2018 elections in Turkey, he represented the German government at Erdoğan's swearing-in ceremony in Ankara.[76]

Schröder's plans after leaving office as chancellor and resigning his Bundestag seat included resuming his law practice in Berlin, writing a book, and implementing plans for twin pipelines for Gazprom, Russia's leading energy company. He was subsequently retained by the Swiss publisher Ringier AG as a consultant.[77] Other board memberships include the following:

In addition, Schröder has held several other paid and unpaid positions since his retirement from German politics, including:

At the time of the German parliamentary election, according to Rick Noak of The Washington Post:

In 2005, Russian President Vladimir Putin's friend Schroeder hastily signed the deal just as he was departing the office from which he had been voted out days earlier. Within weeks, he started to oversee the project implementation himself, leading the Nord Stream AG's shareholder committee.[94]

On 24 October 2005, just a few weeks before Schröder stepped down as chancellor, the German government guaranteed to cover 1 billion euros of the Nord Stream project cost, should Gazprom default on a loan. However, this guarantee had never been used.[95] Soon after stepping down as chancellor, Schröder accepted Gazprom's nomination for the post of the head of the shareholders' committee of Nord Stream AG, raising questions about a potential conflict of interest.

German opposition parties expressed concern over the issue, as did the governments of countries over whose territory gas is currently pumped.[96] In an editorial entitled Gerhard Schroeder's Sellout, the American newspaper The Washington Post also expressed sharp criticism, reflecting widening international ramifications of Schröder's new post.[97] Democrat Tom Lantos, chairman of the United States House Committee on Foreign Affairs, likened Schröder to a "political prostitute" for his recent behaviour.[98] In January 2009, the Wall Street Journal reported that Schröder would join the board of the oil company TNK-BP, a joint venture between oil major BP and Russian partners.[99]

In 2016, Schröder switched to become manager of Nord Stream 2, an expansion of the original pipeline in which Gazprom is sole shareholder.[100]

In 2017, Russia nominated Schröder to also serve as an independent director of the board of its biggest oil producer Rosneft.[101] At the time, Rosneft was under Western sanctions over Russia's role in the Ukraine crisis.[101] Schröder told Blick that he would be paid about $350,000 annually for the part-time post.[102] His decision caused an outcry in Germany and abroad, especially in a climate of fear about any potential Russian interference in the 2017 German elections.[103] German Chancellor Angela Merkel criticized her predecessor, saying "I do not think what Mr Schröder is doing is okay".[104]

In 2022, Schröder was nominated to the board of directors of Gazprom.[105]

Especially as tensions between Russia and NATO mounted before the Russian invasion of Ukraine in 2022, Schröder's stance as a "Putin understander" was criticized.[106] Schröder criticized the behaviour of the western countries as "saber rattling". ARD-journalist Georg Schwarte stated that Schröder would not be any longer "a former chancellor. At best" , he would be an "ex-chancellor with a sense of money."[107] The recent chancellor Olaf Scholz (SPD) said "I don't want his advice."[108]

In 2022, it was reported that Schroeder was paid nearly $1 million a year by Russian energy companies.[109]

In April 2002, Schröder sued the DDP press agency for publishing an opinion of public relations consultant Sabine Schwind saying that he "would be more credible if he didn't dye his gray hair". The court decided to ban the media from suggesting that he colours his hair.[110] The Chancellor's spokesman said: "This is not a frivolous action taken over whether he does or doesn't dye his hair, but is a serious issue regarding his word." The agency's lawyer said that they could not accept a verdict which "does not coincide with freedom of the press".

During a heated dispute between Russia and Estonia in May 2007 over the removal of a Soviet-era war memorial from the centre of the Estonian capital Tallinn to a military cemetery, Schröder defended the Kremlin's reaction. He remarked that Estonia had contradicted "every form of civilised behaviour".[111] Consequently, the Estonian government cancelled a planned visit by Schröder in his function as chairman of Nord Stream AG, which promotes the petroleum pipeline from Russia to Germany.

Schröder has criticised some European countries' swift decision to recognise Kosovo as an independent state after it declared independence in February 2008. He believes the decision was taken under heavy pressure from the US government and has caused more problems, including the weakening of the so-called pro-EU forces in Serbia.[112] In August 2008, Schröder laid the blame for the 2008 South Ossetia war squarely on Mikhail Saakashvili and "the West", hinting at American foreknowledge and refusing to criticize any aspect of Russian policy which had thus far come to light.[113]

In March 2014, Schröder likened Russia's intervention in Crimea with NATO's intervention in Kosovo, citing both cases as violations of international law and the UN Charter.[114][115] He further stated that there had been "unhappy developments" on the outskirts of the former Soviet Union since the end of the Cold War, leading Putin to develop justifiable "fears about being encircled".[116] On 13 March 2014, an attempt by the German Green Party to ban Schröder from speaking in public about Ukraine was narrowly defeated in the European parliament.[117] His decision to celebrate his 70th birthday party with Putin in Saint Petersburg's Yusupov Palace in late April elicited further criticism from several members of Merkel's grand coalition, including human rights spokesperson Christoph Strässer [de].[118]

In November 2017, an investigation conducted by the International Consortium of Investigative Journalism cited his name in the list of politicians named in "Paradise Papers" allegations.[119]

Posted by Rui Fonseca at 7:59 AM No comments:

A VITÓRIA DO TERRORISMO DO MONSTRO 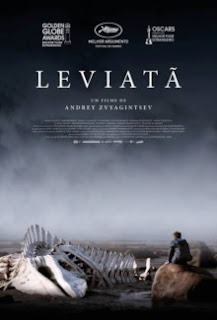 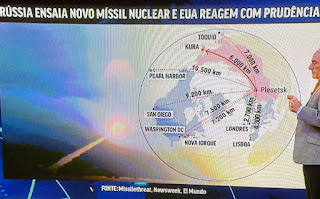 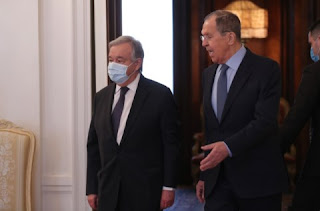 Posted by Rui Fonseca at 8:18 AM No comments: 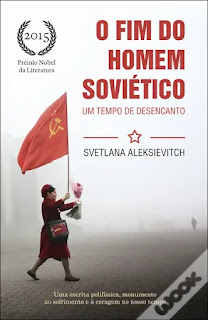 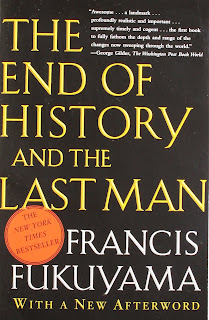 Posted by Rui Fonseca at 8:38 AM No comments: