Why the monarchy matters

The monarchy is an anachronism, yet it thrived under Elizabeth II. That holds lessons for her successor and for democracies elsewhere - v/p Economist 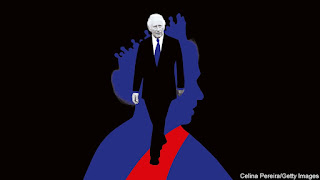 On september 19th, as Queen Elizabeth II is laid to rest, London will briefly become the centre of the world. In a distant echo of Britain’s imperial standing of a century ago, heads of state from dozens of countries, including President Joe Biden, will witness funeral rites and flummery in Westminster Abbey, while perhaps a billion or more of their citizens watch at home. That is a function of Elizabeth’s longevity. Her 70 years on the throne began in the twilight of that now-vanished era and were packed with state visits and receptions. But it is also a measure of her success. As King Charles III begins his reign amid strife in Britain, populism in the West and a challenge to democratic systems led by China and Russia, this success bears examination.

On the face of it, the British monarchy runs against the spirit of the times. Deference is dead, but royalty is built on a pantomime of archaic honorifics and frock-coated footmen. In an age of meritocracy, monarchy is rooted in the unjustifiable privilege of birth. Populism means that elites are out, but the most conspicuous elite of all remains. Identity politics means that narratives are in, but the queen kept her feelings under her collection of unfashionable hats. By rights, support for the crown should have crumbled under Elizabeth, as The Economist has sometimes imagined it might. Instead, the monarchy thrived.