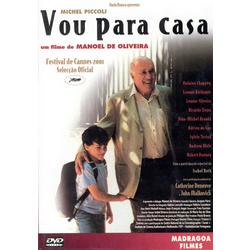 
I’m Going Home Sun Dec 27 (4:00) East Building Portuguese director Manoel de Oliveira, who died this year at the age of 106, created thoughtful, beautiful films until the end of his life. One of his understated masterworks (completed when he was ninety-two), I’m Going Home stars Michel Piccoli as a Parisian actor, still performing on stage in his late seventies, who has to care for a young grandson when his wife and daughter are killed. Changes in the actor’s life are portrayed with skill and restraint, as the camera chronicles his daily routines around Paris. (Manoel de Oliveira, 2001, 35mm, subtitles, 90 minutes