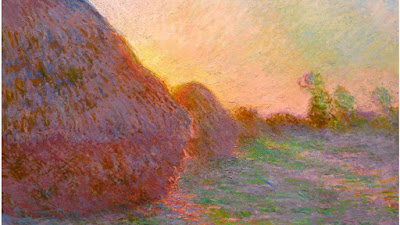 Is the art market bubbling or just casually simmering?

The search in Google for “art market bubble” renders more than 90 thousand hits, with top headlines screaming: “Could the contemporary art market bubble burst?”, “Is there a bubble in the art market?”, “Be cautious… the art market could be in a bubble” and alike. This sentiment is not new. Basically every year since the big crash of the market in 2008, some experts are warning that the art market is the new bubble and it is about to burst big time. Don Thompson in his book “The Orange Balloon Dog: Bubbles, Turmoil, and Avarice in the Contemporary Art Market” published in 2017 writes that there are various indicators, which all “point to the contemporary art market as a looming price bubble”. Before Thompson, there were Kräussl, Lehnert, and Martelis with their academic paper “Is There a Bubble in the Art Market?” (2014) claiming that in certain segments we were then right in the middle of a bubble (specifically in “post-War and Contemporary” and “American” art). Several years earlier BBC came out with a documentary “The Great Contemporary Art Bubble”, which named the art market the “longest lasting bubbliest bubble”. Then again, we are in 2019 now and no really big “bang” happened yet. Does it mean it is about to happen shortly, or on the contrary, does it mean it never will?

Let’s go back in time, shall we? September 15, 2008. On that date Lehman Brothers filed for bankruptcy, turning the US subprime mortgage crisis into an international banking crisis and the financial crisis of 2008 as we know it now. Ironically, September 15, 2008, was notable also by another event — the opening of the notorious single-artist auction of Damien Hirst’s works at Sotheby’s London with over 200 items selling for a total of over 110 million pounds. As Graham Bell had it: “when one door closes, another one opens”.The art market was not immune from the financial crisis, as sales in the contemporary art plunged by almost 60% in the period of 2008-2009, and yet overall the art market recuperated pretty fast. According to the UBS and Art Basel Art Market report, already in 2010, the global art market reached the pre-crisis numbers and a year later exceeded those numbers by $2.6 billion ($62 billion in 2008; $57 billion in 2010 and $64.6 billion in 2011). Since then, there were slight ups and downs, but nevertheless, in 2018 the global art market reached $67.4 billion, showing growth of over $5 billion in 10 years. Why is there a concern then?

The anxiety might be the result of the peculiarities of the market ruled by information asymmetry and consequently imprecise conclusions. The ArtTactic Art Market Confidence Indicator shows that by the end of 2018 the confidence in the contemporary art market has dropped. Again. Far from the fall in confidence occurred in late 2008, but still showing much lower confidence than it was registered even at the beginning of 2018. Moreover, last year the major auction houses boasted quite some surprising and question-provoking records. David Hockney’s Pool with Two figures sold for a noncompos mentis $90,3 million; Edward Hopper’s Chop Suey sold for a comparable $91.9 million, and the Portrait of Edmond Belamy (claimed to be the first AI work sold at auction) rendered almost half a million as opposed to its modest pre-auction estimate of mere $7 thousand. Those are objectively insane numbers and logically they cause questions as to how long can this last. Bubble suspicions are luring. On the other hand, as above mentioned Don Thompson said: “You only read about the successes. No one ever promotes the work that was bought for $25million and sold for $6million.” Like, for example, at the height of the market in 2014 one of the “rain paintings” by Lucien Smith sold for over 200 thousand pounds, while four years later a comparable piece was sold for 10 times less that amount (and this information did not hit the front page headlines). Does it mean that the bubble popped? Hardly. More accurately would be to say that there was some sort of ongoing price correction. Moreover, price corrections happen all the time. In The New York Times article of almost thirty years ago (16.12.1990) “The Art Boom: is it over, or is this just a correction?” Peter C.T.Elsworth cited Milton Esterow, saying: “What has crashed in the art market is all the speculation”, adding that art auctions “constitute a secondary market, often dominated by speculators, as opposed to the primary market of artists, galleries and collectors, where, some dealers say, prices are holding up”.

Worth stressing again that the big numbers everyone knows are numbers from public auction sales. Big and heavily promoted public auction sales to be precise. This information is heavily skewed and most of the times fails to represent the actual trends of the art market in general. In October 2018 in the article at Vox “Why art is so expensive” Gaby Del Valle rightly notes that: “a small group of collectors pay astronomical prices for works made by an even smaller group of artists, who are in turn represented by a small number of high-profile galleries.” In other words, could it be that a feared bubble is actually a small particular bubble in the small particular part of the art market? In cooking, there is a term simmering, which is used to describe the state of heating when the water (or food) is gently bubbling, but the temperature stays just below boiling point. That is to say there are some tiny bubbles, but no overheating and no boiling. Could this analogy be used to describe the art market?

Are the art market bubbles even possible? The real-estate bubble (at the outset of the financial crisis), the same as the dot-com bubble and even the Tulip mania of the 17th century were all following the classic five stages of a bubble. It starts with the (1) displacement, when there is an excitement about the asset and it starts dramatically going up in value; followed by (2) take-off (or a price boom) when the speculation on the future value starts, reaching (3) euphoria, then (4) the critical stage, when some investors realize that it is time to cash out, and ultimately (5) the pop, burst, panic (whatever you call it), when everyone realizes how insane it all was and prices plummet. Even if one assumes that the art market (or better — a particular part of it) reached euphoria stage of the bubble, it seems highly unlikely that collectors would be cashing out any soon, and even more so, that the realization of insanity would lead to plummeting prices. Likewise, according to the classic definition “during a bubble, prices for a financial asset or asset class are highly inflated, bearing little relation to the intrinsic value of the asset” (Investopedia). However, when it comes to the intrinsic value of an artwork, the bubble discussion in the essence exhausts itself.

Of course, tastes (or call it — fashion) change, and the perceived intrinsic value of particular artworks changes as well, but it is doubtful that this can ever be extrapolated to the whole art market. Not even to the specific market for Contemporary Art; only perhaps to individual artists. Here again, some artists might be “bubble-vulnerable”, while others are “bubble-proof”. In the “Mornings with Maria” at Fox Business channel, art advisor Michel Cox Witmer commenting on the sale of Alfred Taubman’s art collection rightly pointed that, for example, Picasso is bubble-proof; he will always be there. What about “not-Picassos”? The simple answer would be: the market will correct itself in a while. It is indeed possible that certain young hyped artists are not going to be there in 10 years and hundreds of thousands paid for their artworks will never be possible even to recuperate; though this comes down to the reasons behind the purchase of artwork in the first place. If a collector bought a piece rather because of its intrinsic appeal than because of the investment potential, even if the latter fails to materialize, so be it. On top of that even in the case of young and hyped it is not about all young and even not about all hyped. Some of them will enter the art history and their works will still be worth a lot of money, while others will disappear, and this is perfectly normal.

Thus, no significant bubble would probably pop in the art market at large, however, this “frog” might still be boiled. Currently, there are a number of significant alarming trends and some inspiring evolutions which all combined have a potential to seriously alter the game field. Now, that might be a reason for anxiety. First of all, the guarantees — this hybrid of a speculative gamble and a risk hedge. Harry Smith, the executive chairman at Gurr Johns said in this respect: “Guarantees have the potential to be the next big art-market scandal if they are not carefully managed”. In the sense of “careful management” there are quite some issues: from the discussion about the role of an auction house turning into financier to the pure money speculations (like in Modigliani’sNu couché, which despite being the highest realized price of 2018 at $157 million, was hardly profitable for Sotheby’s exactly because of the guarantee. The actual bid was almost $20 million less.) Secondly, the gap between the top of the market and all the rest seems to be extremely wide. For example, while large mega-galleries are opening more locations around the world, smaller galleries are actually almost massively closing down. The same goes for artists. According to the Artnet report, nearly half of all contemporary auction sales (in the first half of 2017) were made by 25 artists. ”The rich get richer and the poor get poorer”. Thirdly, while on one hand a positive development, yet on the other, an alarming one — banks are increasingly offering loans against art. This, of course, enables more capital to be freed up, but raises many discussions related to proper art valuation and, surely, to the attitude towards art as an investment only, locking it up in freeports out of sight of anyone, collector (read: investor) including.

At the same time, there are also, as I called them, inspiring evolutions. More and more initiatives appear with the aim of democratizing the art world, of making it accessible to the general public as opposed to the super-rich only. There are possibilities of fractional ownership of artworks (offered by e.g. Maecenas, Feral Horses, etc); there are many digitalization projects, like for example Artland where people can visit galleries in three dimensions on their phones; also more and more ventures emerge with an aim of breaking down the barriers of buying art (e.g. Singulart, RiseArt, etc.). The increased interconnectedness and the general trends of sharing economy also shift the perspective of ownership. As John Bailey said in one of his articles: “You don’t need to own the work to experience it”. If the concept of ownership eventually transforms into supporting, participating and engaging (where it seems to be heading), this has a huge potential to change the art market. It does not mean, however, that the very top of the art market will reform drastically. As the opening quote for the BBC documentary (perhaps a bit harshly) went: “At any particular times, a great deal of stupid people have a great deal of stupid money” (Walter Bagehot, Economist 1859) and some of it undoubtedly will be floating around in the art world. However, the big chances are that the astronomical art prices will  see some corrections and the art market of the future at large will develop into a different, possibly more inclusive, game field.