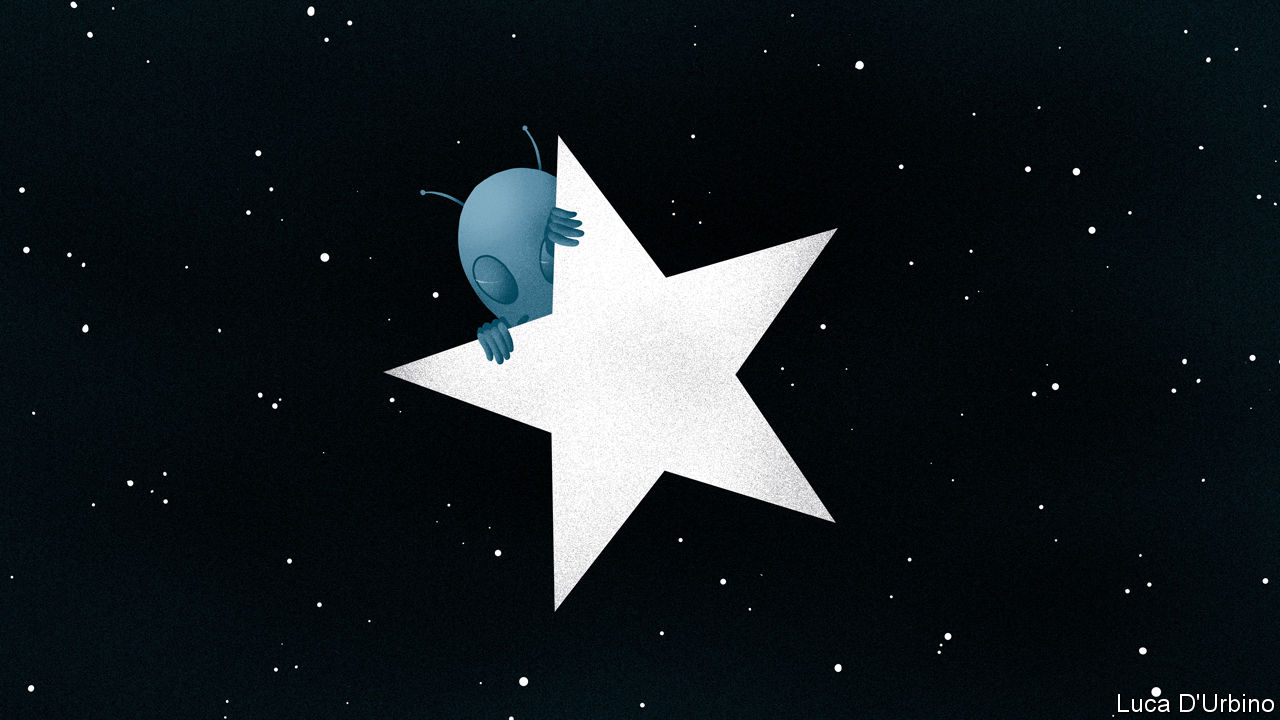 Where is everybody?Why have humans never found aliens?

“IF ALIENS are so likely, why have we never seen any?” That is the Fermi Paradox—named after Enrico Fermi, a physicist who posed it in 1950.


Fermi’s argument ran as follows. The laws of nature supported the emergence of intelligent life on Earth. Those laws are the same throughout the universe. The universe contains zillions of stars and planets. So, even if life is unlikely to arise on any particular astronomical body, the sheer abundance of creation suggests the night sky should be full of alien civilisations. Fermi wondered why aliens had never visited Earth. Today, the paradox is more usually cast in light of the inability of radio-telescope searches to detect the equivalent of the radio waves that leak from Earth into the cosmos, and have done for the past century.

Thinking up answers to this apparent contradiction has become something of a scientific parlour game.
Perhaps life is really very unlikely. Perhaps the priests are right: human beings were put on Earth by some creator God for His own inscrutable purposes, and the rest of the universe is merely background scenery. Perhaps there are plenty of aliens, but they have decided that discretion is a safer bet than gregariousness. Or perhaps galactic society avoids communicating with Earth specifically. One chilling idea is that technological civilisations destroy themselves before they can make their presence known. They might blow themselves up after inventing nuclear weapons (an invention that, on Earth, Fermi had been part of), or cook themselves to death by over-burning fossil fuels.

In a paper published last month on arXiv, an online repository, a trio of astronomers at Pennsylvania State University have analysed the history of alien-hunting and come to a different conclusion. In effect, they reject one of the paradox’s main pillars. Astronomers have seen no sign of aliens, argue Jason Wright and his colleagues, because they have not been looking hard enough.
Dr Wright’s argument echoes that made by another astronomer, Jill Tarter, in 2010. Dr Tarter reckoned that decades of searching had amounted to the equivalent of dipping a drinking glass into Earth’s oceans at random to see if it contained a fish. Dr Wright and his colleagues built on Dr Tarter’s work to come up with a model that tries to estimate the amount of searching that alien-hunters have managed so far. They considered nine variables, including how distant any putative aliens are likely to be, the sensitivity of telescopes, how big a portion of the electromagnetic spectrum they are able to scan and the time spent doing so. Once the numbers had been crunched, the researchers reckoned humanity has done slightly better than Dr Tarter suggested.Rather than dipping a drinking glass into the ocean, they say, astronomers have dunked a bathtub.  The upshot is that it is too early to assume no aliens exist. Fermi’s question is, for now at least, not a true paradox.

This article appeared in the Science and technology section of the print edition under the headline "Where is everybody?"